Something old, something new… 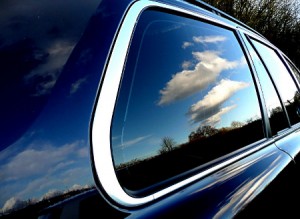 As I pull into my condo complex, I see my neighbor washing his car.  He’s a young guy in his twenties with a beautiful red Lexus.  My Mazda usually snarls at his car every time we pass.  He has dragged out the shared community hose and began soaking the car.  Occasionally, I see him whip the hose like a lion tamer when he needs to pull it out a little further.  He does a good job and when he’s done, the car gleams like bright red nail polish.  In contrast, my car, parked a few spaces away, looks dull, faded and neglected like an abandoned child.  And that got me thinking how we take care of things when they are new but as soon as they grow old or become a little battered, we stop caring or care less.  Our attachment fades away, our excitement contained, the newness somehow losing its shine.

I remember when I first got my car.  How everything was so new, the excitement would send goose bumps down my arms.  It was like meeting a celebrity you admire for the first time.

In the beginning, I took extreme care of my car – parking far away from other cars, laying plastic down on the mats, shooing away any birds that got dangerously close.  If I had yellow emergency cones, I would have partitioned out a safe zone around my car.

And of course, the washes.  My car couldn’t go a week, if not a couple of days, without a thorough scrubbing.  I enjoyed the compliments as well as how good my car looked, how it was so shiny, how the car suited me.

And then things began to change.  I began to park closer to other cars, I stopped replacing the plastic on the mats and birds didn’t seem to be as big a threat.  When my car was dinged for the first time, I was beside myself.  I rushed it over to the body shop with the frantic impatience of a parent with an injured child.  But after the second and third time, generic viagra uk it became old hat and I let the scratches canadian meds viagra melt into the frame of the car.  I turned a blind eye and rationalized that nothing can stay new forever.

But the fact of the matter was that I was becoming lazy, taking my car for granted, shelving it, the first-time dog owner making excuses to not walking the dog.

As you might have deduced, this pattern is not isolated to my car.  Music, clothes, furniture, gadgets and of course, relationships have all fallen by the wayside.  In the beginning, I get excited about the prospect of something new, something fresh – that new car smell.  But then the music gets overplayed, the clothes begin to fray, the furniture sat in too much, the gadget not so gadgety and the relationship turns slightly stale and I begin to wonder whether it’s worthwhile to keep these things.

And like an addict, I find myself looking for the next fix.  It’s easier to get something new than to hold onto something used if not abused.  New furniture, new car, new relationships.  I don’t want to invest in the time as evident in my horrible track record.  It’s not something I am proud of.  Shiny, new things look impressive but how much value do they have?  There’s a reason why antiques are so sought after, why they are such keepers.

So I’m looking at my car and comparing it to my neighbor’s clean, shiny car.  A runway model parked next to a housefrau.  But there’s something familiar with my car, something endearing.  It’s not so bad.  Then I remember that I have a couple of torn-up, faded, stretched-out t-shirts (and yes I admit, several pairs of underwear) that I refused to give up.  A smile sneaks on my face – I do know the value of sentiment, of comfort, of familiarity.  It’s a good feeling.

I start walking towards my neighbor.  Good job, I tell him.  Feel like washing another? He looks at me and then looks at my car.  Nope, he says flatly, but I can help though.  I look at him and think that’s what neighbors are for.  Especially ones with shiny, new cars.