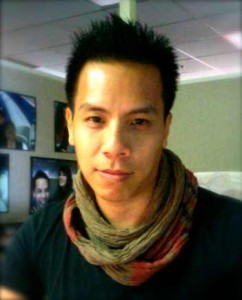 My office, the other day, had the air-conditioning set so low, my piping hot coffee was tepid within minutes.  Normally, it would take a good thirty minutes before it was cool enough to drink.  The office, typical of many offices, is composed of different body types as well as varying body temperatures.  The thermostat is usually set at a decent temperature.  But on this day, it seemed nobody, except for me, was concerned about the arctic conditions.  Fending for myself, I tried everything to warm up: blowing on my hands, putting on a jacket, holding a cup of hot coffee or tea and going outside.  I think that was where it all started: going outside.  Living in Florida during the summer is to know hot and not just hot, but what I call Serengeti hot.  It wouldn’t surprise me to see wildebeests, zebras and gazelles roving by.  So when I went outside, I went from the extreme cold to the extreme hot.  My body didn’t react well and suddenly it was caught in a quagmire:  whether to sweat or to shiver.  My body couldn’t decide so I started to shiver sweat.  Then I began to feel congested.  The pressure in my head rising by the minute.  I felt as if my head was being held underwater.   The prognosis wasn’t good and sure enough, I started to sneeze, my nose became runny, my eyes began to water, a migraine was slowing being born in the back of my head.  It got so bad I had to leave work early.  I came home and immediately popped a Benedryl.  I was knocked out for the next couple of hours.  The night didn’t bode well as I was up sneezing, sniffling, aching, congested and yea you guessed it, stuffy-head so I couldn’t sleep.  I called out sick the next day.

I returned to work the day after.  This time I came prepared – my neck was swathed in a scarf.  It’s not a heavy scarf but one of those scarves that is light and gauzy.  The type that you have to tightly twist before you throw it in the dryer.  My scarf is brown with purple and red horizontal stripes near the frayed ends.  I consider it very fashionable, after-all, I got it at an H&M department store.

So I walked into the office and immediately some heads turned.  Yes, I did realize it was a little unusual for someone to wear a scarf while the outside temperature index was plus 90 something degrees.  But I didn’t care, I didn’t’ want to be sick again.  I sat at my desk but I couldn’t shake the stares I received from my co-workers.  I walked over to my friend’s desk and asked him if there was something wrong with my scarf.

Ummm…you look gay, he told me.

In this day of age where metro-sexuality is rampant, it’s hard to tell who is gay and who isn’t.  Straight guys wax their eyebrows, get manicures and pedicures, shave their legs and arms, get ripped and have fashionable haircuts.  All those qualities used to be associated with gay guys.  I know I’m over-generalizing (I have many gay friends who are complete slobs with their appearances), but for the most part, this generalization holds true.  It doesn’t matter to me one way or the other.  What matters is that a person is comfortable in his own skin or in this case, his scarf.

I wore the scarf, not to make a sexual statement, but to combat a cold or the return of a cold.  If I had gloves I would have worn those too.  Earmuffs even.  But I don’t have those, just this scarf.

Perhaps, it was the way I wore the scarf.  Maybe there was a butcher way to wrap it around my neck.

I visited another office and asked the girls inside if this scarf made me look gay.

Unequivocally, they all chirped yes.

It’s a fashionable scarf, I told them, lots of guys up north wear scarves like this.  It’s very European.

They didn’t buy it.

It’s the way you’re wearing it, one girl told me.

I had the scarf wrapped twice around my neck with the long ends hanging loose in the front and in the back.

You look like you’re about to shovel snow, she said, Here let me fix it.

She proceeded to wrap the scarf tighter around my neck and tied it in the back so that the ends coiled in.

I returned back to my seat and admired her handiwork with my computer’s built-in camera.  I looked at myself and my first thought was, Damn, I look gay.

Some will argue, it’s not the scarf, it’s my haircut or my clothes or the combination of everything.  It could be my attitude, my swagger or lack thereof.  Who knows?  All I cared about was that the scarf was keeping me warm.  I took a sip of my coffee and I noticed that my pinky extended out slightly as I held my coffee mug.

Screw it, I thought.

It’s my life and I’ll extend my pinkie and wear a scarf any day and any time I like.