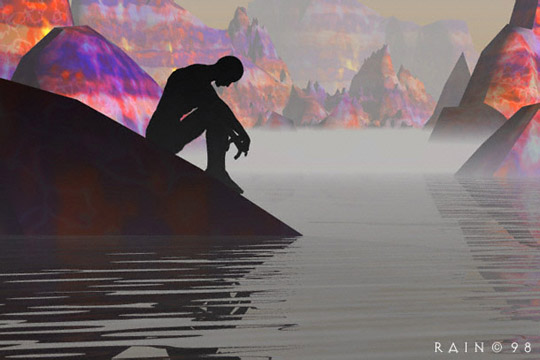 This is where it happened.

What happened, I asked?  Did something bad happen?

Who died?  Who got killed?

With deep hesitation, she looked at us and said, Your grandfather.

My brother and I stared at her in disbelief.

Má?  Our word for mother in Vietnamese.

During the war, the Viet Cong illustrated their might by having respected members of the community publicly beaten.  As if the beatings were not humiliating enough, the Viet Cong forced neighbors to carry out these beatings.  With the bravado of militant gang members, they effectively demoralized the village leaders.  Once the leaders were subdued, they knew the people would be easier to control.

In the early 1950’s, the Viet Cong began to dominate the northern provinces.  They particularly targeted small local villages where the weak defenses made them easy prey.  My mother’s hometown of Thien Hien was no exception.  After squelching all resistance, the Viet Cong began to select distinguished village members to harass.  In my mother’s poor village, my family had some modest repute.  My grandfather was the son of the village’s equivalent to a mayor.  His status made him the prime target of the Viet Cong.  It was only a matter of time before they made an example out of him.

My mother remembers the day the Viet Cong invaded their home with mob-like ferocity and strong-armed my grandfather out of the house.  They forced him to kneel execution style on the sidewalk.  Then, they coerced his neighbors onto the streets.  Once outside, the neighbors solemnly encircled him like mourners at a funeral.  One by one, they were shoved in front of him.  Manipulated like marionettes, each villager was forced to slowly lift my grandfather’s chin with one hand and then quickly slapped him with the other.  His face was raised each time so he would have to stare into each neighbor’s eyes before and after each strike.  If the villagers were too lenient or soft handed in their blows, the Viet Cong made them do it again until they were satisfied with the severity.  If he fell to the ground, he was propped back up in his kowtowed position.

Powerless to stop it, my mother and the rest of the family stood on the perimeter clutching each other for comfort.  She watched in anger and disbelief at his defilement.  He didn’t cry out or lash back.  He knelt in complete silence accepting the fate delivered to him.

In the aftermath, his cheeks were dyed crimson from the many blows he endured.  His hair mangled and frayed like steel wool.  His head bent so low his chin rested on his chest.  His blackened eyes no larger then small slits.  Thick, syrupy blood oozed out of the hollows of his nose.  His swollen lips unable to hinder the cerise saliva spooling out of his mouth.  His gnarled knees bloodied from continually scraping the cement as he tried to balance himself during each blow.  His hands clinched tight ballooning the leafy veins in his arms.  Shoulders, once jauntily dignified, now stooped in relinquished defeat.

The same hands that delivered the punishing blows were now lifting him up and carrying him home.  Apologies were made but my grandfather said nothing.  Once inside, my mother cleansed and bandaged his wounds.  He didn’t breathe a word.  Staring blankly in front of him, he sat inert and leaden.  She saw the emptiness in his eyes and felt his hands quiver like viagra order no prescription a cautious flame.  She set out to console him with an embrace but he slowly turned away from her like someone trying to hide his tears.  With strenuous effort, he laid down, turned to face the wall, and closed his eyes.

2 responses to Agony of Defeat